ELAINE NOLAN: RULES ARE MADE TO BE BROKEN! 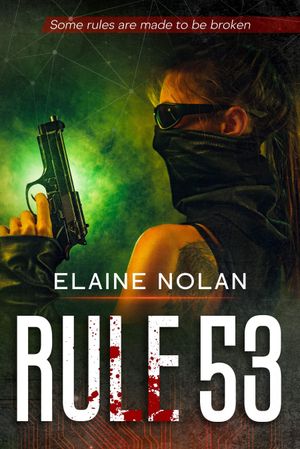 ELAINE NOLAN: RULES ARE MADE TO BE BROKEN!

Irish author, composer, and literary badass Elaine Nolan continues her quest for world domination with a brand-new book and original soundtrack, Rule 53, that will both delight and entertain her many fans. Elaine is an award-winning fiction writer as well as a classical and electronic musician and always delivers compelling words and music that hit hard and communicate relevant ideas about our modern world. She was good enough to pay a visit to the Mike O’Cull Music studio complex and have a fascinating chat about her new work, where her ideas come from, and what’s up next in her creative life. Visit her online at www.ElaineNolan.net.

You have a brand new project called Rule 53. Details, please!

So, this is the sequel to Red Hot Summer, where we were introduced to Leigh Harte, a reclusive Irish software developer, who discovers her late father's duplicitous past as an undercover agent as well as a cop, and at the end of that book Leigh is also immersed in that world. Rule 53 continues a short time after that left off and Leigh finds herself shared between two National intelligence agencies, and deployed to Washington DC, USA. She's there to find Karl Gouderhoff, her substitute big brother, lover, and former colleague of her father’s in the world of espionage. Instead of finding him, she stumbles upon another of her father’s ancient cases that  continues to have an impact, in the form of an international group called the  Conglomerate, who've been controlling everything for decades (though, just to stress, you don't need to have read Red Hot Summer to read Rule 53).

What inspired the story?

I think I knew I wasn't finished with Leigh. I started writing Red Hot Summer (1st book) in my very early twenties, and returned to her a few times in the following decades, but never finished it until 2009, and published in 2015. There was no real 'A-ha - what an idea, I must write that' moment, but as is with my writing it grew organically…

Why do you compose soundtracks for your books?

When my first ever book Evolved was launching, it just seemed like the next natural  step. After all, films have soundtracks, why can’t books? Now, in saying that, I hadn’t a clue what I was going, or where I was even going to start with this, but it started along the lines of, what would this story sound like if I only had music to tell it….

This latest soundtrack almost didn’t happen and wasn’t planned until a friend  commented about them, and asked when it was coming out. I guess that was the push I needed, and I composed, scored, and produced it in just over two weeks.

The soundtrack for Rule 53 seems harder-edged than your previous work. Where’s that coming from?

I guess it comes down to the book and the plot, it has more action to it, it’s edgier and a bit darker…I don't know, but I felt challenged and a bit braver writing this one, I felt I was getting to know my characters on a deeper level.

Did you record the music yourself or are there any additional musicians involved?

No, it’s all just little old me, no other musicians involved. I’d need an orchestra to record and they’re not the most affordable method. So I write and score it and use a virtual sound library in the studio.

What’s harder to write: the book or the music?

Definitely the book. Words are harder to get right, I’m conscious that because I mix Irish, European, and American characters in the novels, that each have their own unique forms within language, such as the addition or removal of the letter U in words, depending on which side of the Atlantic you’re on. With writing in an Irish voice, again, we use words and turns of phrase that just perplex the rest of the world.

Music on the other hand, is universal, it’s international. With or without words added to it, music (I think) conveys more on an emotional level than words ever could. It adds more colour and depth to the world, to what you’re feeling, to what you’re thinking.

Who or what inspires you?

I’m lucky with my day job, I have get access and updates on some really interesting stuff in the anti-money laundering and other investigative news items which have been great for ideas and plot lines.. I also play around with the 'what ifs'... What if X happened, what would this character do/how would they react… and then there's my characters, who have a tendency to pop up at the most inopportune of times with an idea….

What do art forms like storytelling and music mean in our current world?

For me, storytelling or story reading is an escape, and always has been since I was a  kid. It’s a way to venture out into the world, and still stay safe. It’s an opportunity to try on another personality, or become the person in the story for a little while.

Take the Harry Potter phenomenon for example; it allowed everyone to believe in magic again, even if it was just for a little while, and by extension it opened the readers up to the belief in a little bit of magic within themselves. I think that’s what really good storytelling does; it puts you into the character’s shoes and you get to experience that. But I also think that in troubled times storytelling becomes a narrative both to make sense of the world, and to offer hope like parables used to do.

What have you been listening to lately?

Because I’m at work in the day-job, and it’s been mental, I’ve been plugged into Spotify’s ‘made-for-you’ playlists, so I’ve been listening to a lot of new composers and artists from around the world, but in the modern classical genre. I’ve discovered a lot of new artists and loving their music, such as Joep Beving, and Ólafur Arnalds, to name just a few. Spotify keeps lining up contemporary Icelandic music, and I’m liking it…

What’s next for you?

Next up is to edit the next two sequels – yeah, they’re already written. First off the block will be the sequel to Crossing Lives, (the human trafficking novel),  entitled Recrossed, and then I bring the two lead characters, Leigh Harte and Claire  Ravenwood together in Chasing Shadows. After that, who knows, maybe a new classical-esque piano album, or I might experiment a bit more… 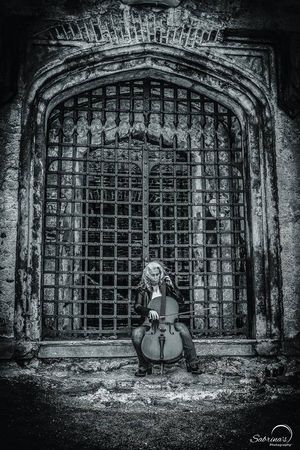